For many years now, technology experts have insisted that the blockchain was going to revolutionize the way the world does business. And in some ways, it has.


Big names like Walmart have integrated blockchain into their supply chain operations. Major banks adopted the technology one after another. And even some governments got into the act, putting blockchain to work to increase transparency and efficiency.

But many of the ways it has been used so far aren't really revolutionary. At best, blockchain is playing a supporting role in workflows that already existed. However, there's one industry where that seems to be changing: eCommerce.

Right now, blockchain is making a big splash in the eCommerce space, enabling new ways of doing things and disrupting the status quo. Here are three specific examples of that in action.

One of the biggest problems that has always plagued the eCommerce industry is figuring out how to handle the last-mile delivery of products. In developed countries, this involves a mix of carriers like UPS, FedEx, and local postal services.

But even those have their limitations. It's why Amazon has spent billions of dollars standing up its own delivery infrastructure.

But now, a blockchain-powered company called Buying.com is pushing a new solution to the last-mile delivery problem. They've developed a proprietary blockchain solution they call the Prime protocol that enables them to operate a true peer-to-peer delivery-on-demand system. It allows an unlimited number of independent drivers to function as local delivery fleets, but that's not all.

It also makes it possible to allow those same drivers to rent out available space in their properties to function as micro-warehouses. In other words, it's a decentralized version of the Amazon fulfillment center model, enabled by blockchain. In that way, even tiny eCommerce operations can provide quick and efficient product delivery that's good enough to compete with bigger competitors.

And for consumers, there's another benefit to the Prime protocol. It's that the platform's native $BUY token allows them to participate in social buying – unlocking huge price discounts on the items they need. It essentially groups similar purchases to qualify them for wholesale minimum purchase quantities at reduced prices compared to retail. Altogether, the Buying.com Prime protocol promises a top-to-bottom revolution in eCommerce. The token offering was launched on July 14th, 2021 at 9:00 AM PST in collaboration with TrustSwap.

Your email adress will not be published. Rquired fields are marked * 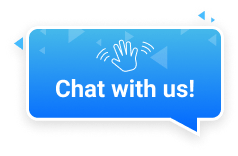